COMPETING AND CONFLICTING DEMANDS IN HSE

In an organization the primary objective of management in a competitive and cost-conscious environment will be to achieve goals of high profit with low production and maintenance costs. To fulfil this objective Employer sometimes places “Competing and Conflicting Demands” on workers. 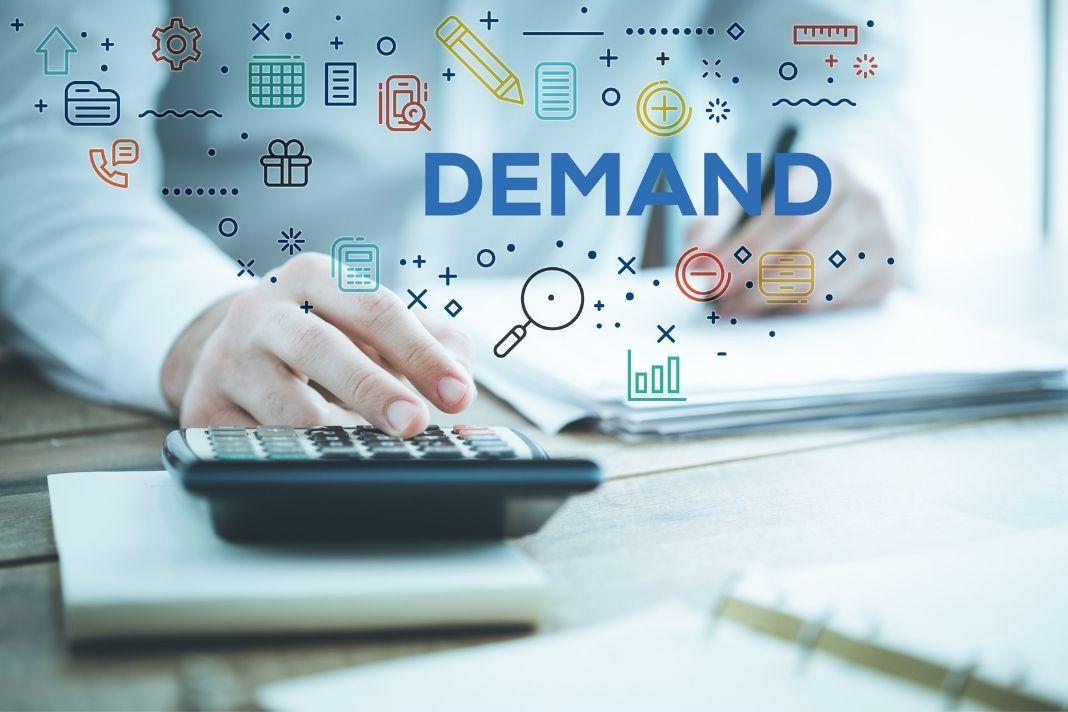 In the situation where an employer takes little responsibility for the protection of his workers’ health and safety, the result will be conflicts, serious workplace accidents, injuries or diseases. And management as well as employees have to deal with “Competing and Conflicting Demands”

Competing demands occur when management requires more to be done than available resources suggest it is possible to do. Where competing demands are deemed to be of comparable importance for managers and decision-makers, tensions arise over resource allocation and prioritization. 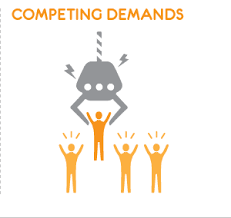 For competing demands to be sensed as contradictory, it is not sufficient that demands be competing as there must also be managerial “perceptions of opposing and interwoven elements”. How they are dealt with depends on “how much time, energy, and effort go into one demand versus the other”.

The struggle to meet competing demands has spurred many dichotomous abstractions in organization, that require balancing the following:

An Exuberance of Competing Demands

The management of competing demands is a contingency that frames organizational design. How competing demands, such as exploration and exploitation, are accommodated can be conceptualized in various ways, often with overlapping features, introducing a degree of analytical ambiguity and confusion.

It is important to be able to distinguish between different types of competing demands. For example, a situation that is one presenting paradox from other related concepts, such as:

Discriminating among these distinctions generates a “conceptual malaise” which can be resolve by offering definitions of various concepts such as:

In studying competing demands, organization members might be seen by some observers to be dealing with duality or paradox while others might see them as dealing with something different but equally distinctive. Such representational confusion means that in practice, when faced with such demands, organization members have no clear guidance as to whether to attend to them either separately across time and space or simultaneously.

Conceptualizations of competing demands imply assumptions about the relationships between these demands, for example, whether they are oppositional or interdependent.

Considering the increased complexity and nature of the environment, the “One-Best-Way” Approach has given way to one in which organizations deal with multiple demands simultaneously or across time and space.

If a competing demand is conceptualized as a dilemma, these demands may be attended to separately because they are merely competing for attention. There is no assumption that the two “horns of a dilemma” are contradictory, interrelated, complementary, and compatible. Moreover, the prescription for action is different if one is more likely to be selected at the expense of the other.  There should be a clear decision, one way or the other, one alternative must be preferred.

If a tension is conceptualized as a trade-off, it comprises two demands that are compatible but oppositional and that require separate attention. Moreover, although they can function together in a constant tug-of-war, they are not present at their full strength.

Since the demands are neither interrelated nor complementary, it means that more of one demand means less of the other (for example, work/life balance).

When tensions are conceptualized as dialectics, the two demands are contradictory and interrelated. In a dialectic, the two demands are antagonistic: one emerges due to the dominance of the other; hence, they are not compatible. Because there is a resolution involved, push-pull is not present.

In dialectics, one demand follows the other and the two do not exist simultaneously but rather across time and space.

Tensions conceptualized as dualities consist of two demands that are interrelated, complementary, compatible, and simultaneous. Because the two are not necessarily contradictory, the tug-of-war between them is not as pronounced as in a trade-off. 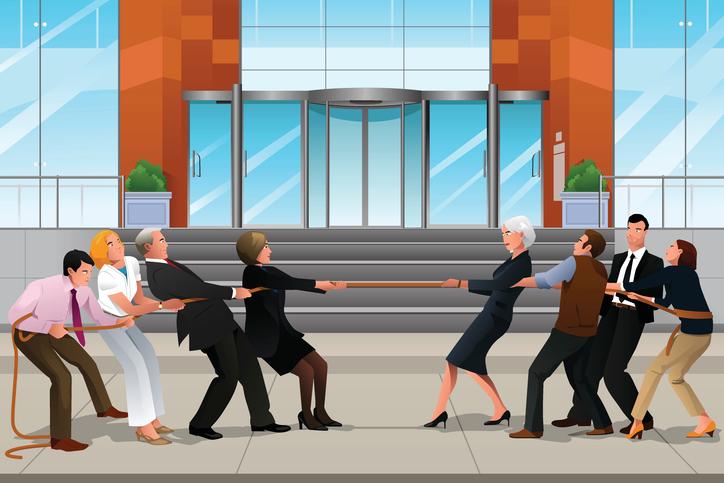 Accordingly, dualities imply a “twofold character of an object of study without separation”. They are neither necessarily antagonistic nor separate. One cannot be understood in the absence of the other, so there is less focus on the contradiction.

Paradoxes are contradictory dyads, with complementary and interrelated poles. They exist simultaneously and reinforce one another, such that the push-pull of the opposites persists over time. In a paradox, the push-pull is embraced and used as a source of energy while in a trade-off the push-pull is minimized and settled by reaching a compromise middle-ground solution.

Paradox feature is defined in terms of “contradictory, yet interrelated organizational elements that exist simultaneously,” with the tensions between them expressing persistence or stubbornness. Tensions are used as a source of energy.

Competing demands can be understood on the basis of how their inherent features are constituted in practice. Commonly, two forms of constitution are in play: one negative, the other positive.

Competing demands and their associated tensions may be treated as:

In this formulation of being “consistently inconsistent,” as soon as the competing demands are separated, paradox ceases to exist because paradox involves unceasing push-pull.

Many times, conflict will compromise safety in the real world and the conflict of demand become a barrier in maintaining good standards of health and safety and may cause accident rates to increase.

‘Demand to increase the supply of a product or service by speeding up the process so as to make a profit’ or ‘to do so safely’?

Conflict may be created when there is a need to comply with different types of standards at same time and same place like ‘Health and Safety Laws’ as well as ‘Environmental protection Laws’.

It is obvious that theme for both is totally conflicting as:

This type of conflict of standards also become the barrier in maintaining or promoting good standards of health and safety. 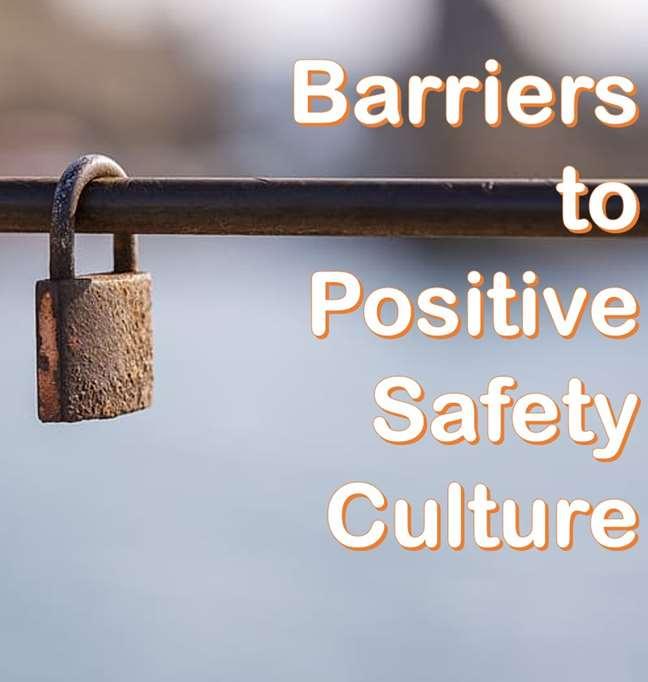 Conflicts between individual or group goals and the demands for the job and the healthy and safe workplace that meet the needs of individuals and provide a motivation to perform effectively.

All of these factors can – and should – be addressed directly by management in the interests of developing and maintaining a safe working environment.

How to Manage Conflicting Demands

7. Be Professional. It can be stressful to juggle people’s priorities and expectations. This stress can tempt to relieve the tension by snapping at others, ignoring deadlines, or feeling sorry for yourself.

8. Be Flexible Lastly, it’s important to be flexible: be prepared to put in extra work, if appropriate, to keep people satisfied. If people keep insisting that their project or task is more important than the one you need to work on, then you need to learn how to defend your priorities, ideally without damaging your relationship.

Many of us have conflicting demands, where several people or teams are clamouring for our attention. It’s important to know how to manage these demands effectively, so that everyone is happy. When you need to defend your priorities, show empathy, but be assertive in your approach.

Attending to both “Competing and Conflicting Demands”

For organization members, attending to both “Competing and Conflicting Demands” simultaneously does not necessarily mean engaging both demands to their full strength or with equal vigour or situating them in a new relationship as a novel approach.

There are subtle differences between conceptualizations of competing demands when they are addressed separately or engaged simultaneously.

Managers perceiving tensions between competing both “Competing and Conflicting Demands” may be torn between two poles of action when they attempt to attend to both demands at the same time.

The risk is that one side of the competing demands requires the most immediate attention.

Achieving both poles simultaneously is the managerial ideal promised by deceptive designs that enable organizations to accommodate competing demands in order to gain higher performance, despite the ideal being difficult to achieve, costly to maintain, and unstable in action.

The effects of competing poles have been conceptualized as dilemmas, trade-offs, dualities, dialectics, and paradoxes, to mention only a few of the treatments of the theme.

For the top-level Industrial safety courses, more advice or any personalized information get in touch with us