HOW TO HANDLE BULLYING AND HARASSMENT AT WORKPLACE 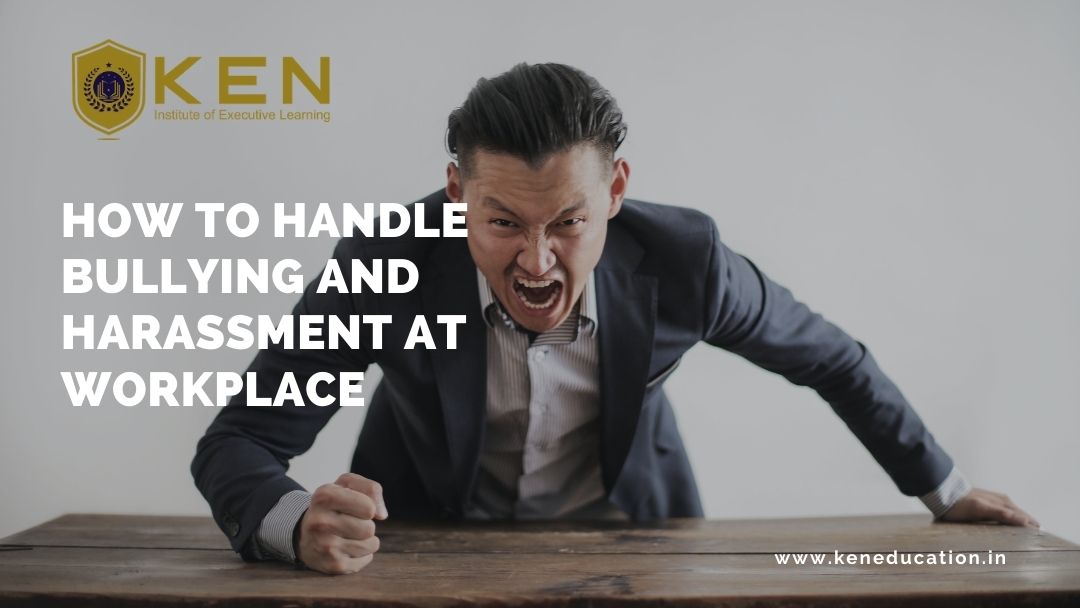 HOW TO HANDLE BULLYING AND HARASSMENT  AT WORKPLACE

Everyone has the right to work in an environment that is free from harassment, bullying and discrimination. Discrimination on the basis of race, gender, age, religion violates someone’s right to be treated with respect, dignity and fairness. Bullying, harassment and or discrimination can damage the affected person’s wellbeing, work performance and job security, and it can be destructive to a business by creating a negative workplace culture.

THE DIFFERENCE BETWEEN HARASSMENT, BULLYING AND DISCRIMINATION

Discrimination occurs where someone is treated less favourably due to a particular protected attribute, even if the treatment isn’t openly antagonistic .

Harassment is when someone is treated in a way that is offensive, humiliating, intimidating or threatening because of a particular attribute.

Bullying is repeated unreasonable behaviour that places the affected person’s health or wellbeing at risk.

The ten types of workplace bullying and workplace harassment that might be occurring within the Workforce.

This is a form of harassment that happens on the basis of protected clauses like race, sexuality, age, gender, religion and disability.

An employee can be harassed because of their race and culture. Explicit slurs on their particular attributes of a certain ethnicity (hair type, hair colour, nose shape, etc.) Disrespecting their culture, showing disgust is also a form of racial harassment.

Even perceived attributes of a certain ethnicity (curly hair, accents, customs, beliefs or clothing) may be the cause. Racial harassment often looks like:

An employee can be harassed because of their sexuality. Employees that have sexual orientations like heterosexual, homosexual, bisexual, asexual, etc. may experience this form of harassment.

Negative gender stereotypes about how men and women should or do act are often the center of harassment. Some examples are:

An employee of mature age who is employed in an organisation with a younger workforce, or a young trainee or apprentice who are made fun of, practical jokes, and who is not invited to social functions and meetings can be considered as age-based discrimination.

…Simply because of their age and the stereotypes that come with it. Unfortunately, this harassment is sometimes an attempt to wrongfully push the individual into early retirement.

Harassing or discriminating against an employee based on their physical or mental disability.

A person with a disability may experience harassment in the form of harmful teasing, patronizing comments, refusals to reasonably accommodate or isolation.

Showing hatred, disgust and disrespect to fellow employees because of their religion or religious beliefs.

This kind of harassment does not depend on any protective clauses. An employee can be subjected to personal harassment by inappropriate comments, offensive jokes, personal humiliation, critical remarks, ostracising behaviours, intimidation tactics, etc. because of general disliking.

Or any other behavior that creates an intimidating and offensive work environment for the victim.

Employees in some industries are more at higher risk of workplace violence. These include healthcare workers, peace officers, social services employees, teachers and educators, retail staff and public transit drivers.

This kind of harassment occurs when there is a misuse of power in the hierarchy of the management team. Making it impossible to meet deadlines, asking for unnecessary work edits, demanding work that is below the capacity of the employee are the most common behaviours.

Any  kind of behaviour in the workplace that causes mental distress to a reasonable person. This harassment is subtle and is difficult to see and identify.
Common acts include: Isolating an employee, belittling his/her thoughts, spreading rumours, criticising or challenging everything he/she says.

Unwelcomed offensive and humiliating behaviour that is sexual in nature. Sexual harassment can be direct, indirect, verbal, non-verbal, and not always physical in nature.

This kind of harassment is done by the vendor, supplier, customer or client generally to the perceived lower-level professionals such as salespeople, assistants and receptionists.

Third-party harassment is a type of workplace harassment that’s perpetrated by a “third party” – someone from outside of the organization.

Victims are often young adults in “low-status” or “low-power” jobs (think: cashier or sales associate). Their position in the company, their lack of experience and their reluctance to cause a scene make them ideal victims.

Verbal harassment is when an employee is persistently unpleasant, rude and mean to another.

Obvious verbal harassment behaviors include things like threatening, yelling, insulting or cursing at a victim in public or in private.

If this is aimed at someone in a protected class, it is unlawful.

Any  kind of harassment done on the internet and social media. Common behaviours include tagging in inappropriate memes, texting, emailing or posting disturbing or humiliating messages. This kind of harassment often happens after office hours, but can still be linked to the ‘workplace’ Yes, having a rant on Facebook because your boss pulled you up for poor behaviour during the day is not appropriate!

Cyberbullying and online harassment are a serious concern for employers. Among many, many other things, online bullies may:

People who bully take pleasure in emotionally manipulating their victims. Think about how you currently REACT to difficult people and those challenging situations. Now think how you would respond to situations. Responding is different to reacting. When you respond you have PREPARED in advance the OUTCOME in your mind.  What outcomes would you like to see?

STAND UP – for yourself – if you are being bullied then you should tell the person who is bullying you that their behaviour is unreasonable and inappropriate and you want it to stop. Of course, this can be very difficult if the perpetrator is your boss.

It can be hard to stand up to workplace bullying because the person bullying you can make you feel and believe that “you’re overreacting”, “you’re just over sensitive” and then you’re actually AFRAID of standing up for yourself. It’s all a dominance game.

CONFIDENCE – don’t blame yourself. Acknowledge that this is not about you; it’s about the person who is doing the bullying.

People are less likely to bother you and more likely to listen to you if you walk, sit, and act with awareness, calm, respect, and confidence. Projecting a positive, assertive attitude means holding your head high, keeping your back straight, walking briskly, looking around, and having a peaceful face and body. Staying aware also helps you to notice problems so that you can deal with them sooner rather than later.

Skill #4: Use Your Voice

Skill #5: Protect Your Feelings From Name-Calling and Hurtful Behaviour

Skill #6: Speak Up for Positive Inclusion

Skill #7: Be Persistent in Getting Help From Busy Adults

Skill #8: Use Physical Self-Defense as a Last Resort

How to deal with a complaint By Employer

If the victim doesn’t want to make a complaint but unacceptable behaviour has been noticed it should still be considered whether an investigation is appropriate.

This is often the easiest and fastest way with which a complaint can be resolved. This type of action will usually be suitable in instances where the behaviour has not been repeated or isn’t serious in nature.

Informal measures may include:

Dealing with the complaint

Formal action is to be taken if the behaviour in question is so serious in nature that informal proceedings are insufficient. If the allegation amounts to gross misconduct the alleged harasser may be suspended as a precautionary measure while the investigation is carried out.

The investigating manager should try and gather as much information as possible in order to establish the facts of the allegation.

The investigating manager should consider whether the facts support the complainant’s case and, if so, what disciplinary action needs to be contemplated, based on the company’s disciplinary policy,

A written report of the investigation and its findings must be prepared.

Both parties should be of the decision in writing and it should be considered: what disciplinary action should be taken (if any), whether a transfer is appropriate and whether any counselling is required, the complainant and alleged harasser must be offered the right of appeal.