Why Every Organisation Should Have an Electrical Safety Plan? 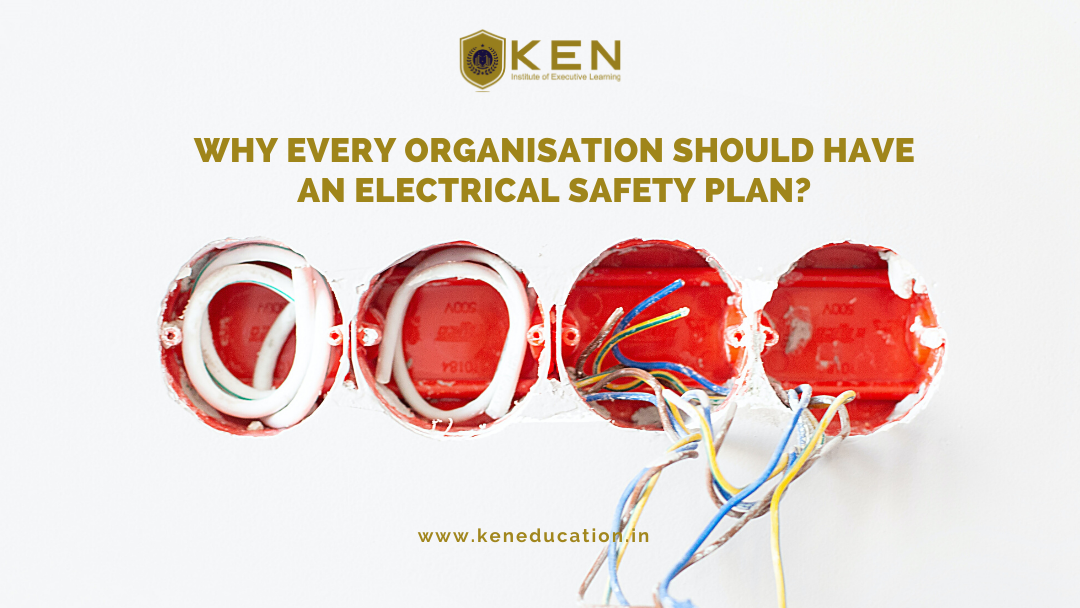 Having an Electrical Safety Plan is the topmost primacy of all the organizations. The use of Electricity is ubiquitous in every field. About all the appliances, machines and equipment are administered by electric current. The handling of electrical objects is involved with high risk. 97% of professional electricians have reported that they have been injured or burned due to electric shock while on the job.

ESFI (Electrical Safety Foundation International) gives an account in its report as:

Exposure to electricity is the 6th leading cause of workplace fatality.

Deaths of younger workers are 2.3 times more than experienced workers, as younger misjudge lethal strength of electricity. Awareness of the Electrical Safety Plan is absolutely necessary for employees as well as employers.

In any organization, every worker is involved in a potential electrical hazard. Companies should care deeply about tracing electrical safety.

“A perilous condition such that a contact or equipment failure results in Electric Shock, Arc Flash,  Thermal Burn, or Blast.”

4 WAYS FOR HAPPENING OF ELECTRICAL ACCIDENTS

A person experiences shock when exposed to appliances operating with a voltage that is more than 50 Volts and the current flowing more than 5 mA. Electric shock can paralyze muscles, burn tissues and internal organs severely, or even creates a condition of lethal Ventricular Fibrillation of the Heart. The intensity of the condition varies with magnitude and time duration of the current passing through the body.

The majority of electrical accidents occur due to Arc Flash. It is proved to be hazardous even if a person is not in direct contact with electrical current.

An Arc Flash can occur if an object made up of conducting material gets near enough to high Ampere current source.

Air is a good conductor of electricity, an electric current jumps across the air gap between source and object.  Arc Flash can outstay over a gap of several feet and be able to increase the air temperature more than 30,000°F. Such a towering temperature can lead to life-threatening burns.

An Arc Flash is able to slay up to 8 ft. and cause severe burns up to 20ft.

Arc Blast is the most dangerous condition for an electric hazard. It is a consequence of high-intensity Arc Flash. A malfunction in the insulation between two energized phase conductors on high power electrical equipment results in an explosive burst. The current flows through the air rather than flowing through the conductors with a release of tremendous thermal energy into the immediate environment.

The burn is the least hazardous, mostly nonlethal electrical accident. There are two types of burns due to exposure to electric current.

The heat generated by current flowing through a body burns skin tissues and internal organ tissues.

Many times, surfaces of electric conductors get overheated. The skin might burn when it comes in touch with such surfaces.

In context to severe intensity of electrical hazards, we can conclude

WHY EVERY ORGANISATION SHOULD HAVE AN ELECTRICAL SAFETY PLAN

How painful it is, to watch our worker suffering or dying from a severe burn!

By preparing an Electric Safety Plan and executing it under the supervision of trained authority; an organisation can create a safe and healthy environment at the workplace. It also creates a positive emphatic image of the company.

Damage to machinery, equipment, material, and even to working areas is a costly loss to businesses. It takes a lot of time to bring them back in order.

An average electrical accident costs about $ 80,000

The major electrical accidents with fatalities might affect the organization’s reliability.

These reasons integrate with the recommendation for the planning and implementation of the safe operation of the electrical system. The system should be introduced with accepted standards, codes, regulations, and practices. Failure to put up with recommendations has to pay heavy duties for the companies.

For an organization, to achieve success in the long run programming for An Electrical Safety Plan plays the Key Role.

For the top-level  Industrial safety courses, more advice or any personalized information get in touch with us at info@keneducation.in, or visit our website www.keneducation.in or call us on +917569034271