Industrial Safety – What should we learn from the Vizag Tragedy? 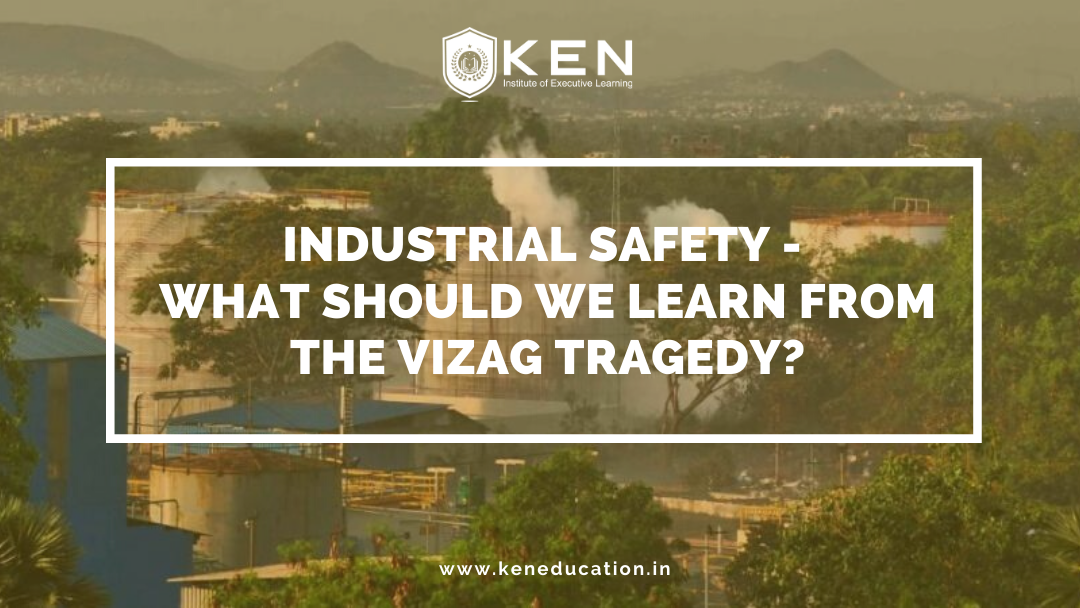 We all heard four tragic incidents in industries in India in a day, forcing us to think, are we serious about Industrial Safety? Haven’t we learned anything from the Bhopal Gas Tragedy?

If we thought we are suffering the worst due to Corona Pandemic and lockdown miseries, Wednesday 6th May and Thursday 7th May have given us more than worst. Horrifying images of people gasping to breathe, vomiting, and falling unconscious on the roads, sidewalks, and in ditches and workers in intense pain of severe burning are other nightmares.

In all the four cases mishaps happened in the process of cleaning for opening up on relaxations are announced after lockdown.

In the last one, any demise or injury is not reported. There was a major fire that broke out on Thursday around 7 p.m. in a Pharmaceutical Packaging Factory at Satpur near Nasik in Maharashtra. Reasons for breaking out of fire are ascertained till now.

In Tamilnadu, there was a massive blast in a boiler in TS II Power Plant at Neyveli around 5 p.m. on Thursday. Prime investigation stated that the explosion is due to increased pressure in the boiler. About 10 workers suffered from burns. 2 workers are in critical condition.

At Chhattisgarh gas leakage in Shakti Paper Mills at Tetla Village, Raigarh on Thursday night, mill management failed to inform the police department or call for safety in time. Hospital authority reports police when 11 people were hospitalized with 3 of them in serious condition. Again the reason for leakage is ascertained.

The blood-curdling accident that traumatized the world is The Gas Leakage at LG Polymers at Venkatpuram, Vizag (British name for Visakhapatnam).

On Thursday, May 7, 2020, about 2:30 a.m. there was leakage of styrene gas from a tank. 2000 workers were there at the factory premises and about 3000 inhabitants were in an area about 1 to 2 km. Styrene, when it comes in contact with oxygen, turns lethal and it affects people who inhaled it or came in direct contact with it.  During those hours, many people inhaled the gas in sleep. On getting suffocation they rushed out to gasp fresh air but Alas!  They inhaled more deadly gas.

Vizag Incident makes everybody think, “Is Industrial Safety being compromised?”

What is Styrene Gas?

What are Treatments & Precautions for Styrene Gas exposure?

At Least 15 people were killed and over five thousand people fell sick and the death poll is still rising.

Is Industrial Safety Being compromised?

In a developing country like India, the least attention is given to worker’s safety. Industrialists and company owners do not care to appoint well Trained, Certified Safety Officers. The budget provision is the lowest for the implementation of the Safety System.

All over the world Industries are just beginning to open up after relaxation from lockdown. The equipment, safety systems, and PPEs remain unattended for a long period. There might be possibilities for more accidents.

It is the duty and moral responsibility of companies to take review, hiring Safety Experts before opening the workplace.

The world has never before had faced situations like months-long lockdown. We have to discover/ invent additional safety measures for such unexpected issues.

This is the high time we should learn from Vizag Tragedy and focus on Industrial Safety.

It is our responsibility to create a safe, well-protected environment in the workplace.

For the top-level  Industrial safety courses, more advice or any personalized information get in touch with us at info@keneducation.in, or visit our website www.keneducation.in or call us on +917569034271